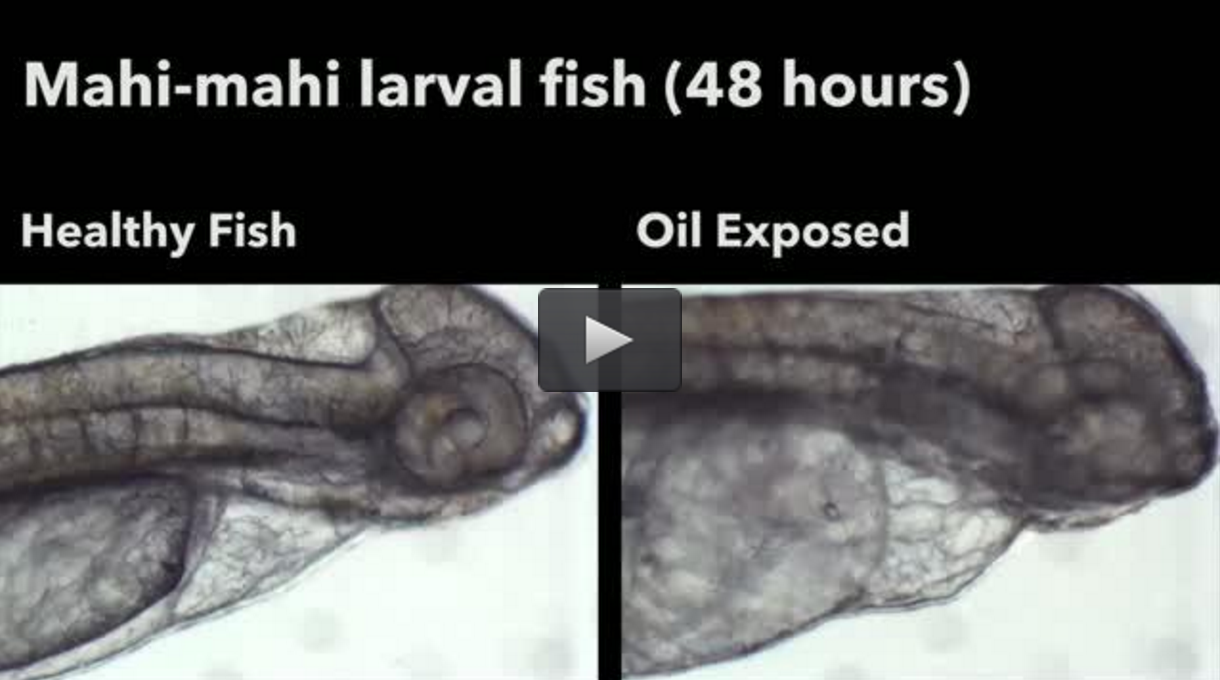 The threat to fish embryos and larvae development.

MIAMI-A research team led by scientists at the University of California, Riverside and the University of Miami (UM) Rosenstiel School of Marine and Atmospheric Science have found that ultraviolet light is changing the structure of the Deepwater Horizon (DWH) oil components into something more toxic, further threatening numerous commercially and ecologically important fishes.

The DWH oil spill, in which more than three million barrels of crude oil got released in 2010 into the northern Gulf of Mexico, is the worst oil disaster in US history, contaminating the spawning habitats for many fishes.

"Ours is the first experiment evaluating the effects of DWH oil on the genetic responses of mahi-mahi embryos and larvae," said Daniel Schlenk, a professor of aquatic ecotoxicology, who led the study published in Environmental Science and Technology. "It is also the first experiment of this nature on a lifestage and species that was likely exposed to the oil. We found that the weathering of oil had more significant changes in gene expression related to critical functions in the embryos and larvae than the un-weathered oil. Our results predict that there are multiple targets of oil for toxicity to this species at the embryonic life stage."

For their experiments, Schlenk and UM Rosenstiel School scientists caught the mahi-mahi off the coast of Miami, Fla., and exposed embryos to two types of oil: one set of embryos was exposed to slick oil (weathered) from the spill while another set was exposed to oil that came from the source of the spill. The researchers carried out the experiment this way because fish in the northern Gulf of Mexico had been exposed during the spill to both types of oil. Their study attempted to understand which of the two oils - slick oil or source oil - is worse for the fish and how oil affects development.

"This study exemplifies a fruitful collaboration between UC Riverside and the UM Rosenstiel School to identify molecular targets for oil toxicity," said UM Rosenstiel School Professor Martin Grosell, lead of the RECOVER (the Relationship of Effects of Cardiac Outcomes in fish for Validation of Ecological Risk) consortium and co-author of the study. "In addition to impacts on heart development and function, the gene expression results illustrate the peripheral components of the nervous system involved in sensory function is impaired by oil exposure during early development."

Sensory function is important for prey detection and predator avoidance.

"We found that the heart, eye and neurological function were affected," Schlenk said. "In collaboration with other consortia members from the Universities of Miami, Texas, and North Texas, we are now following up on these results. Previous studies have shown that the heart is the primary target for oil. Our study shows that in addition to heart function, risk and recovery should also examine eye and neuronal function."

The approximately four-month study was expedited by a unique software, On-RAMP, that the researchers used to identify the gene signatures from the fish.

"Normally, it can take months to annotate the genes and identify the regulatory directions of expression," Schlenk explained. "But by using On-RAMP, we could identify the genomic responses in a matter of weeks, allowing pathway analyses with sophisticated software normally only used for human/mice responses."

The research was funded by the Gulf of Mexico Research Initiative, Grant No: SA-1520, as well as the Relationship of Effects of Cardiac Outcomes in fish for Validation of Ecological Risk (RECOVER) consortium.

Next, the research team will follow up with whole animal physiological and behavioral effects to see if the newly identified molecular responses can be linked to function.

Jeremy earned his Ph.D. in Bioinformatics and Systems Biology in the lab of Alexander Hoffmann at UCSD, researching kinetic models of co-transcriptional splicing. In his studies he developed analyses for RNA-seq, nascent RNA-seq, GRO-seq and MNase-seq that were intimately linked with mechanistic models. Jeremy set up the Bioinformatics Core at the San Diego Center for Systems Biology, optimizing pipeline for RNA-seq and ChIP-seq. Jeremy also has extensive experience analyzing gene expression data from his time working in the Neurogenetics Laboratory at UCLA, where he became an expert in the analysis of Microarrays, Weighted Gene Coexpression Network Analysis, pathways analyses, gene set enrichment and motif analysis. His ambitious goal of enabling researchers without programming experience to ask quantitative questions led to the development of web portals featuring tools to query relational databases of expression data (microarray and sequencing) and perform on-the-fly computational analyses. 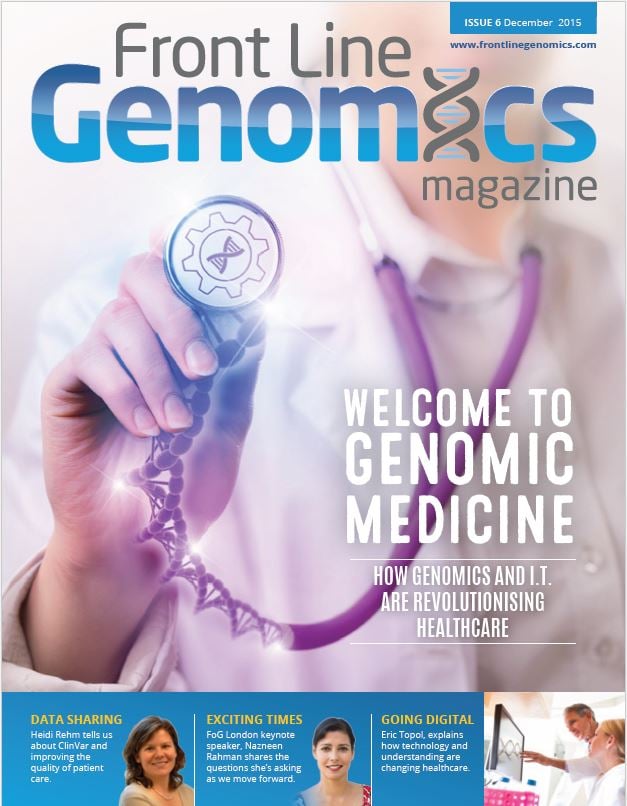 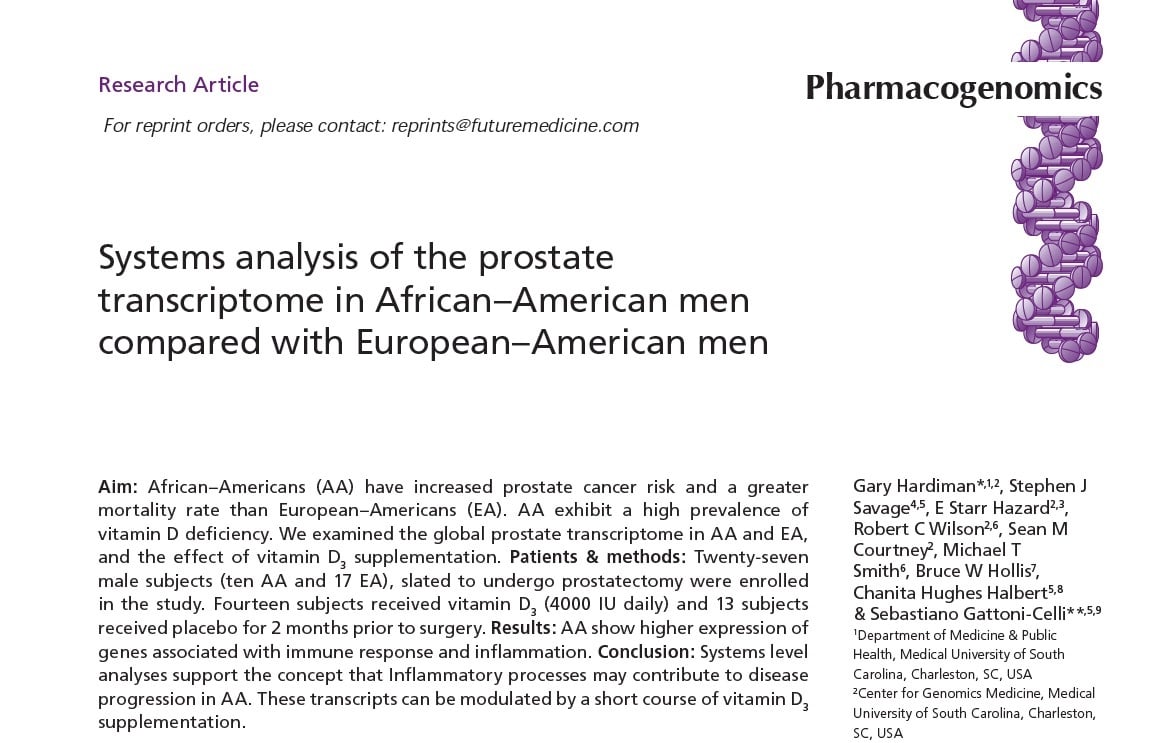